Skip to content
Jun 11, 2016Apr 13, 2018 thescenicroutetosanity
The title was the most appropriate that I could think of, you don’t move on from a diagnosis of a disability in the sense of closing that door and moving in a different direction, but everyone in the family has to learn to live with it. Most of all, my husband and I, we have had to do reading and reach out to learn more about ASD so that we can be the best parents we are able to be. We are in training as such, but with the best will in the world, you can read every book, article, journal or research paper, but in all honesty there is only one person in the world that can teach you all that you need to know, and that is your child. Your child’s autism is specific to them and although they will display similiar behaviours to another child with the same diagnosis, no two children with autism are the same. 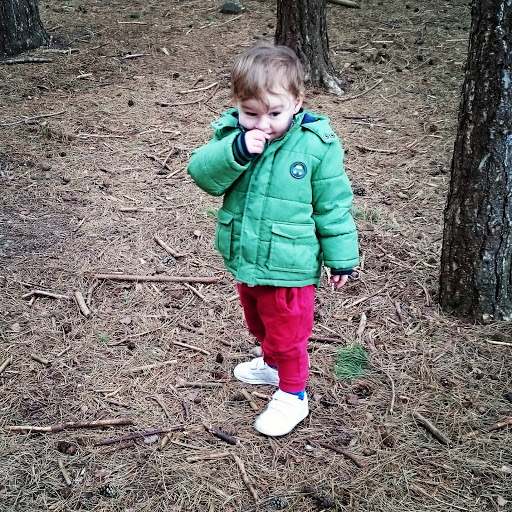 It has been a roller coaster since Noah was diagnosed in December 2015 and a learning curve for all those that are involved in his life, making adjustments to our routines so that he can have less frustration and confusion in his life. After being diagnosed in December, we enrolled Noah in Nursery in January 2016. We started him on a reduced timetable to support his transition and only in April, did he progress to 5 mornings of 2.5 hours per week. As Noah is one of the youngest children in the academic year, he will be at preschool age in September this year, we have a choice of whether to keep him in his current setting, or look and apply for a school nursery for him to spend the next academic year. We had many discussions about this, with each other, the nursery, KB and we have decided to keep him in his current nursery for another year which will be until he starts reception class in September 2017 (what the hell, as if my baby is nearly school age!!) It was a tough decision but the way we look at it, is he has taken since January to build a good, trusting relationship with his key worker who is absolutely amazing, and realistically I feel we would be doing more harm than good moving him to a new setting, which will likely have more structure with it being a school nursery. He is just not ready yet.
The thought of having to make the decision between special school and mainstream by ourselves, terrifies us, the general attitude is to start children off in mainstream and then move them to a special school if the child doesn’t thrive in mainstream. I have a couple of issues with this, I know that my child would be bullied in a mainstream primary school, he is non verbal, has significant social delays and prefers his own company, he has no interest in other children at all and I have an image in my mind (as possibly most parents do) of him stood in the corner of the playground on his own. We have so little information from anyone, how long would we be expected to leave him in mainstream before we make a choice to move him to a specialist school. Speaking to the few people that we are able to within the education system locally, they have all said that it is far easier to move to a special school than it is to move to mainstream from a special school, which I can appreciate but I have to wonder whether the reality is that if you send your child to mainstream school it saves the local authority quite a few pennies. As is much the same across services all over the UK, it does unfortunately all come down to funding, which there is not enough of for disabled children.

The paediatrician has given us a 12 month open appointment which we can choose to use or not, and then Noah will be discharged and we would have to be re-referred through the GP if we wished to access the paediatric services again. Some may say that this is a good thing but after diagnosis, the doors to support services have not opened. Nobody has signposted us to services or offered advice at all. He was diagnosed and then treated as a closed case. I have read posts from other bloggers whose children have been diagnosed with autism and they all read the same, no support services, no after care and no advice. I think as parents generally we tend to wing it and find our own way, and most cope just fine. But, when your child has additional needs, being left to your own devices sometimes feels like time wasted. An example of this is the state of speech and language services in the UK, which I have moaned about before. Noah was referred in April 2015, and here we are in June 2016 without a word from them and after calling them I discovered that it is unlikely Noah will be offered an appointment in the next 3 months, that was in May. I regularly say that if he was provided with the service when it was assessed as necessary, we could potentially have made some progress by now.
It is a lonely and frustrating time, pushing (and waiting) for services and support, but at the moment our boy is leading the way and we are making changes and adjustments as we go. The progress is slow but it is PROGRESS, and we are happy in the least that we are moving in the right direction and he is achieving milestones, not ones for his age but milestones none the less.

10 thoughts on “Moving on from the ASD diagnosis”