So this weekend just gone, we had the pleasure of attending and taking part in the Fruit Shoot Mini Mudder quite near to us. The mini mudder is part of the tough mudder event, which for those of you that aren’t familiar with it, involves rather a lot of running, mud, obstacles, mud, deep puddles, oh and mud, a little bit of swimming and a bit of mud. The mini mudder course is less intense, but just as muddy.

Conner was beyond excited to be one of a few children asked to be a part of Ed Stafford’s adventure squad at the fruit shoot mini mudder this weekend at Belvoir castle. He had already heard of Ed and some of his work and was overheard telling his pal at the event that Ed Stafford was the man on tv who gets dropped off in the middle of nowhere with no pants or food. We had such a laugh watching the footage from his gopro camera and listening to the rubbish that 10 year old boys talk about.

My husband is a well seasoned OCR (Obstacle Course Racing for us normal beings) mud lover, but this was a first for both me and Conner who had never attended anything like this. So naively, when I arrived I thought it might be a bit quiet as we were due to arrive nice and early for the kids to race at 9am… Oh how wrong was I? The place was packed, cars as far as the eye can see, as soon as we parked we could hear the music and shouting of the warm up session for the tough mudders and saw plenty of mini mudders heading to check in. The atmosphere really is something, you get such a buzz from the spirit (and courage, clearly!) from the OCR community.

As part of the adventure squad Conner and his bestie had to have some photographs taken as they arrived, and while they were all clean, before they set off around the course. 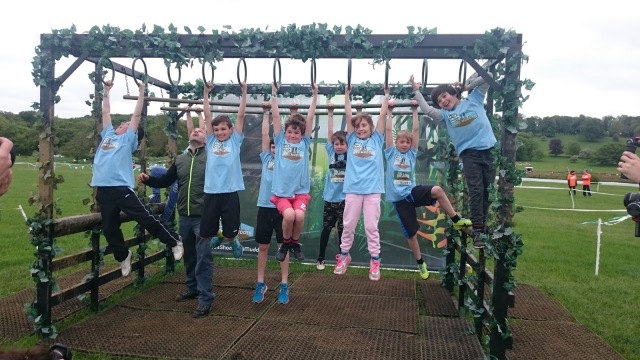 The course was across a small area with plenty of spectator access so the children could be followed around the course by their parents. Of course rather than drag the pushchair over the uneven ground and cause Noah injury from the bumpy ride, I done the sensible thing and found a central point and sent the husband off to get muddy and take tons of pictures, the karma in that being that he dropped my phone in some rather deep mud at one of the obstacles. Thankfully due to a kind little girl for rescuing it and the fact it is waterproof, there is no harm done. The course was a mile long with ten obstacles and they had the opportunity to run four laps if they chose, which of course they did! I must say I was pleasantly surprised at just how much all of these kids worked together, Conner took his friend with him and they didn’t know anyone else at all, yet when anyone was stuck at an obstacle or needed a hand or some encouragement, they all worked together and supported each other. (Apparently this is quite normal at these events with the adults and my husband described it as the OCR spirit) 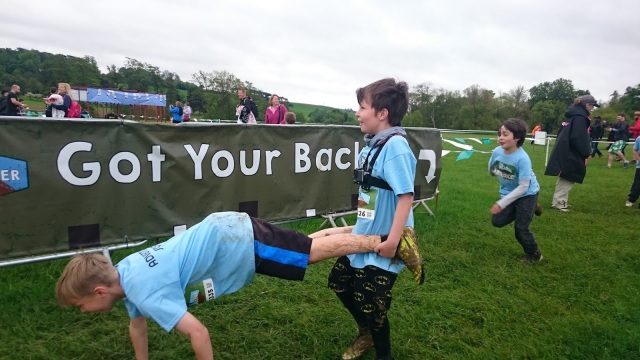 Obviously as someone who does this type of thing a lot, my husband is hoping that this is the start of a new hobby for Conner but to tell the truth, I think Conner was only there for the mud. 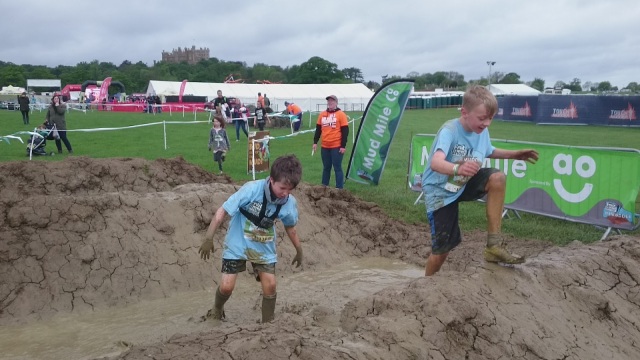 The marshalls were just as invested as the kids and were dishing out the high fives at every obstacle, dancing alone at their stations when waiting for the kids to come around. It really was a great environment and the kids loved it, there are plenty of dates still for you to enrol your mini mudder and it is really reasonable at only £10. 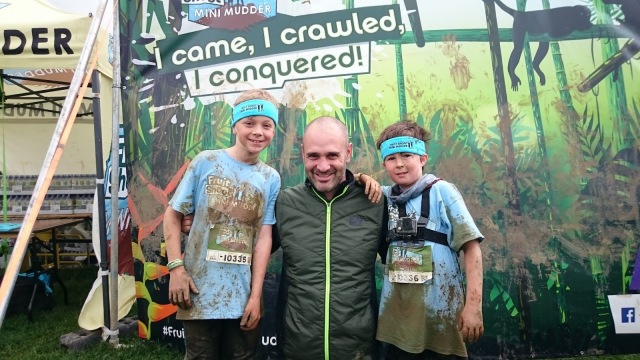 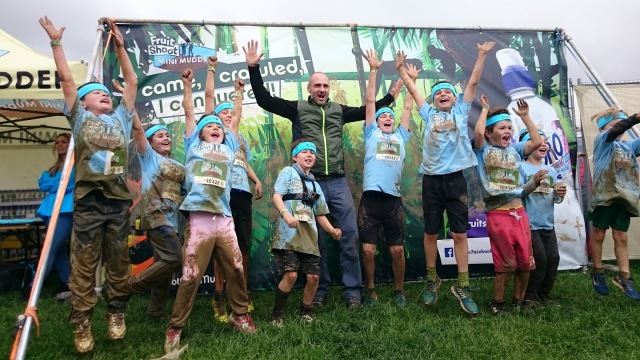 Take a look at the Fruit Shoot mini mudder website and find your closest mini mudder event and get the family up there to get muddy, we had a ball of a morning and will definitely be doing it again. A massive thank you to Fruit shoot mini mudder for inviting us along, we had so much fun with you and I have a proud member of the adventure squad with a horrifically stained t-shirt as a memory of the day!