Continuing on from my birth story which you can read here, I wanted to write a further post to go into more detail on my complications with my cesarean section, since April is c-section awareness month.

I had an emergency cesarean in October 2016 , it was a category 2 emergency which basically means that we were not at immediate risk, but we still needed to deliver within the next 40 minutes. My labour wasn’t really progressing and baby’s heart rate was elevated and staying there and then slowly coming down so the option was put on the table for a c section. We decided that we wanted to go for it rather than risk our baby becoming more stressed. It was only when the surgeon returned that he said that given the elevated heart rate and the fact I had a temperature, we should be taken to theatre sooner.

I will be honest, I was relieved that I wouldn’t have to worry about my baby’s heart rate any longer and relieved that I would soon get to meet my new son, but I was also terrified. I had made no secret of the fact that the recovery of a cesarean terrified me, I didn’t really know any real details about the procedure and it sounded horrific. I had said the whole way through my pregnancy that I would consider a cesarean if necessary to protect my baby from trauma but hoped that I wouldn’t need to worry about it.
But here we were, being wheeled from labour suite through the corridors to the theatres, I was surprisingly calm but slightly overwhelmed. There were so many medical staff in the room when we arrived, and although they did all introduce themselves I still cannot recall who they were. I had the same anesthetist that had administered my epidural an hour or two before so at least that was a familiar face, and the surgeon carrying out the surgery was the registrar already looking after us. In theatre I was transferred onto a hard ‘bed’ I use the inverted commas as the only similarity to a bed was the fact you are horizontal. To make matters worse your legs feel slightly higher than your head due to the angle of the bed, so coupled with the anaesthetic, I had a paranoia that i would fall off of the bed. I had one arm out straight on what i can only describe as an extension of the bed and then hooked up to various machines, and the bed slightly tilted the opposite way, which really didn’t help!

Before the surgery started, while they were preparing, I was so nervous but naturally excited to meet our baby boy after what felt like days and days of non productive labour. The actual surgery itself in terms of the birth went really well actually, they told me the incision was made and that I may soon start to feel some pressure and pulling sensations. There was no pain or discomfort at all, but slowly a pressure began to build in my chest, almost as if they were pushing all of my organs into my chest. I must have looked a complete idiot because at one point I lifted my chin up high and the anaesthetist asked what I was doing, I tried to explain that I felt my chest was restricted by the pressure and I was trying to breathe. It was such a strange feeling I struggle to describe it. Within a minute or two, baby Ethan was born and I remember Andrew, the midwife and I guessing what we thought we would weigh as his big brother was 11lb! It is definitely a different experience when your baby is born via c-section as you don’t get the opportunity to do skin to skin (well I didn’t) and although I got a peek at him, he was soon whisked off to be checked by the doctors. He was only at the other side of the room but i already felt as if I was missing out. 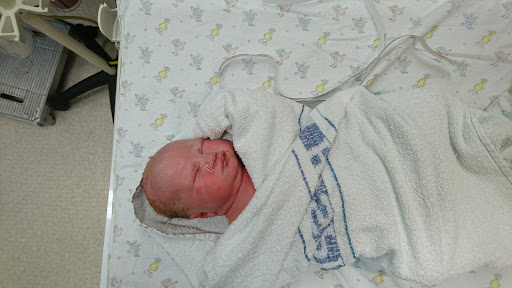 It was at this point that my memory is quite hazy, I remember starting to feel quite dizzy and was sick, and was given some anti-sickness drugs. I was told that there was a bleed and some extra doctors are coming in to help. I remember Andrew asking me repeatedly if i was okay, and in my head i was responding but it was almost as if the message wasn’t quite making it to my mouth to actually speak. I felt awful, and so out of touch with my body, i thought I was fully with it but just wasn’t able to process the situation. When I did manage to respond to Andrew I said ‘No I feel like I am going to die’ and it just seemed like the most natural thing to say in the world and I think I genuinely did believe that. It turns out that I was actually losing a substantial amount of blood and they were struggling to find and resolve the bleed. I was given some drugs which actually sedated me heavily and at that point Andrew was whisked out and everyone got to work sorting me out. I found out a week or two later after reading my discharge paperwork that it was actually fentanyl I was given which is around 50x stronger than morphine so that explains my likeness to a zombie!

If I’m honest the rest was a blur and I have zero concept of time at all but eventually I was in recovery and whilst feeling awful, it was done and I was looking forward to walking again and caring for my newborn. 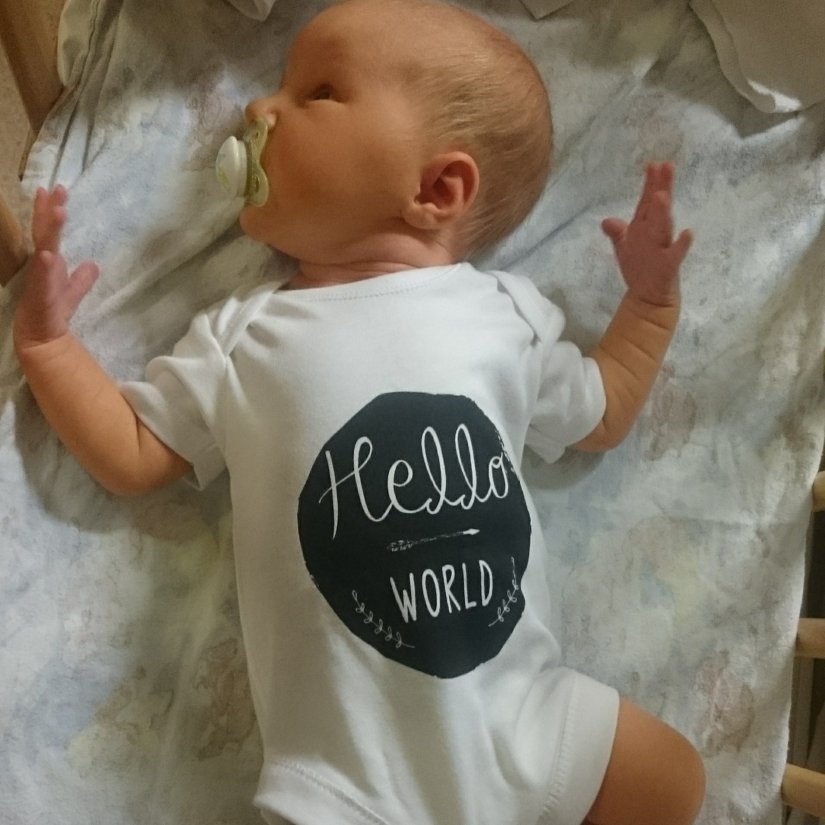 We stayed in hospital for three nights as baby Ethan was on antibiotics as was I. I would love to tell you that the recovery was quick and easy but that couldn’t be further from the truth. All in all I think it took about 11 months for my cesarean wound to heal. There was a large haematoma from the bleed in surgery and over the days following my surgery an infection had developed causing my scar to open, it was awful and meant twice daily dressing changes for the wound to be packed. I was in hospital for a further five days and then discharged to the community nurses to care for my wound.

When seeing my consultant during recovery, she said that an emergency c-section and a planned are world’s apart in terms of the trauma and risk and I’d like to think that is true. My experience was not a good one at all, but I know people that have had planned sections and said it was a lovely birth experience and they their recovery was much shorter and less dramatic than mine. 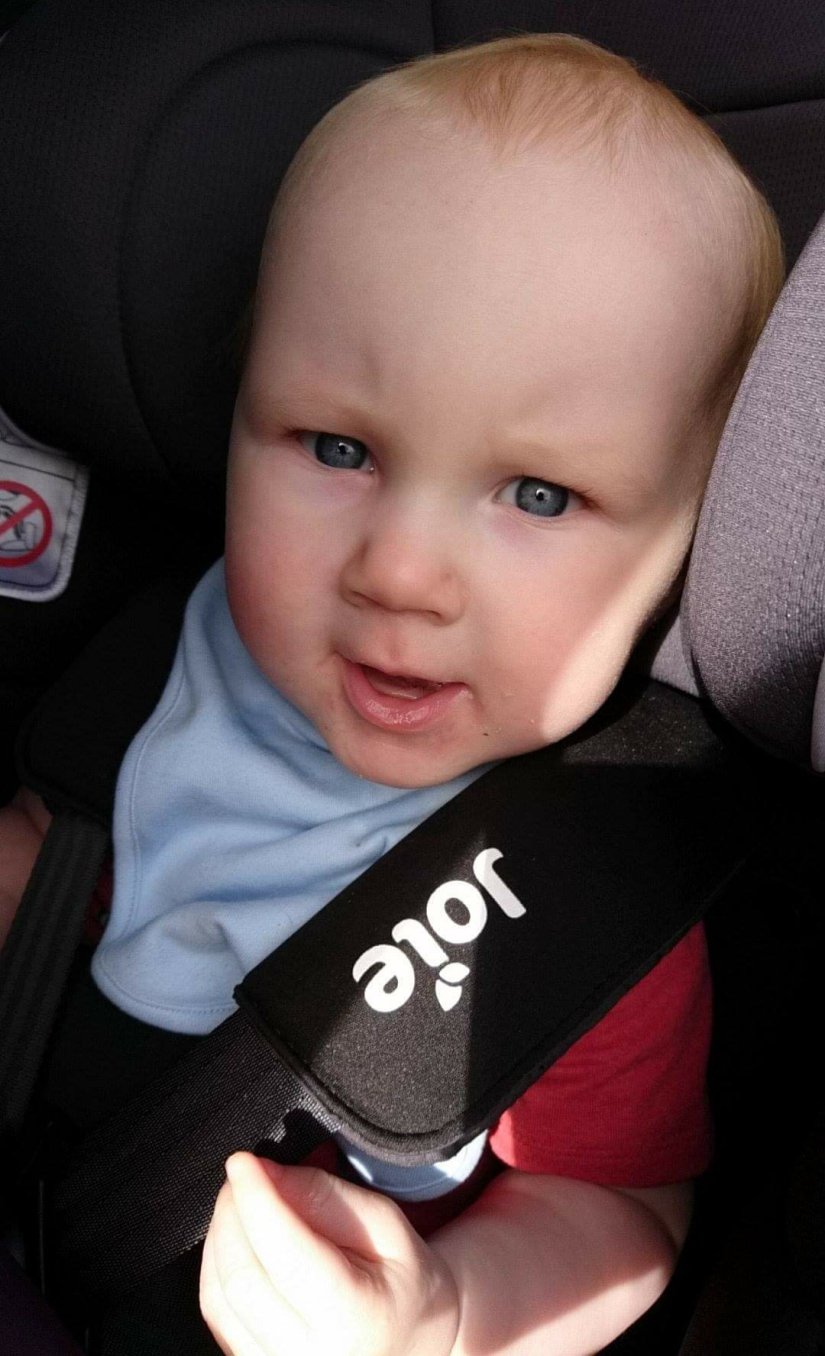 So although it wasn’t the birth experience that I chose, or even wanted. It meant that this little man came into the world safe and sound and ultimately, what else matters.